Is It Considered Illegal To Have A Radar Detector?


Is it illegal to have a radar detector? 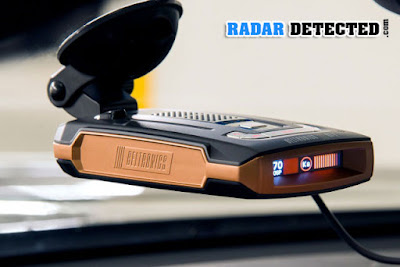 Owning a radar detector is the wisest way to avoid a speeding ticket. It can be bought in many stores or through the Internet and it can be easy for you to install them. Besides, these devices are quite cheap. So the really important remaining question is “is using radar detectors illegal?” But the answer is a bit complicated than you can imagine, due to the fact that every country and state has a different road law. If previous article“Escort Max 360 Reviews” say about one of the best radar detector we tested then this article will answer one of most important questions on using radar detectors.

Were radar detectors illegal in the past?

The answer is simple. Radar detectors don’t have effect on the riders’ ability to drive a car so they do not affect safety. In addition, they can be able to detect a police radar and then notify the driver. Thanks to that, the driver will slow down and save them money or he will not have to pay for a speeding ticket. In addition, the driver will be safer. This purpose is the same as the road law in terms of protecting pedestrians and drivers, so we can now understand the reason why radar detectors were and are still legal in most countries.

Is it illegal to have a radar detector in your state?

In case you work in a military base?

Is it considered illegal to have a radar detector in commercial vehicles?

Is it illegal to own a radar detector in a bus or a truck? Using a radar detector in all of commercial vehicles which weigh more than 10.000 pounds is strictly forbidden. These drivers are called professional drivers so there are different laws that can apply to them. In this case, there are not any exceptions. If police see that you are using it, you will surely get a ticket or even badly, a license suspension.

Is it considered illegal to have a radar detector mounted on windshield?

In most state, if you install a radar detector on your windshield, you will be treated as breaking the law. It is because there is the rule in that the radar detector hinders your vision. If you are going to travel across different nations, removing your radar detector from the windshield is mandatary requirement. Putting it on the sun visor or on your dash is highly recommended.

How can you tell is it considered illegal to have a radar detector in your country?

You should answer this question before using the device. It is necessary for you to contact your police department or to ask a police officer. You will be provided with additional info as well.

In sum, those are some of basic info you should get to know before using a radar detector on your car. For more details, search for this phrase on Google “Escort Max 360”.